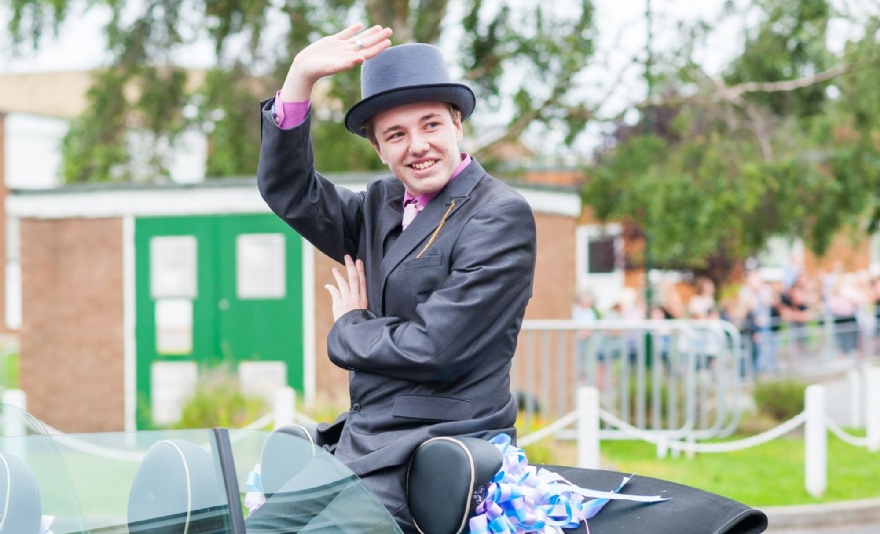 The Mad Hatter met steampunk on the roof of a Land Rover when our students arrived for their belated prom night.

Our Year 11 didn’t fail to impress the gathered wellwishers when they arrived at the school for a red carpet event in a marquee specially erected in the school grounds.

Glamorous ball gowns of every colour were on show for the prom night which had been postponed from July because of the pandemic.

“Our students had waited a while for their prom night, but it was worth it as they had a great time. They enjoyed mocktails on arrival and a two-course meal before dancing the night away,” said Jaye Craig,

“It has been a difficult time for everyone, particularly those pupils who were in their exam year and it was nice to see them enjoy their special night,” she added.

Family and friends gathered at the school to watch the students arrive and there was applause and cheers for some of the most creative.

One student, resplendent in red waistcoat and steampunk-style top hat, sat on the roof of a Land Rover enjoying tea as he arrived.

There were Bentleys, Range Rovers and even a Lamborghini pulling into the school grounds along with a huge tractor, classic cars and a specially decorated Mini convertible. And one enterprising student even managed to get a lift in a helicopter.