On Saturday 21st April, three of our year 7 students travelled down to Chelmsford to compete in the third round of the Youth Speaks Rotary Club competition. This was the regional final and nerves were very present. 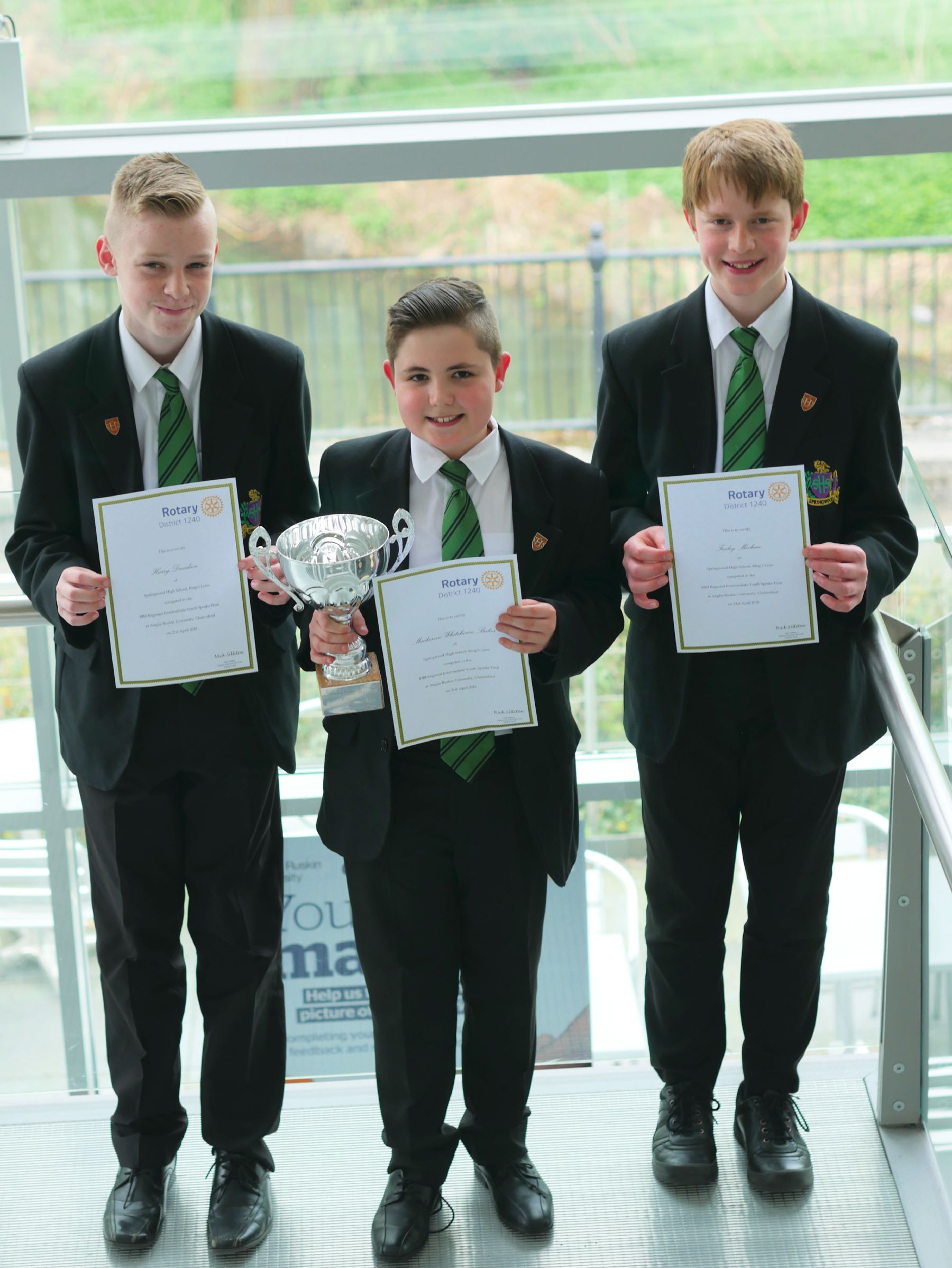 The team (made up of Harry Davidson, Mackenzie Whitehouse-Baker and Finley Meehan) made it through round 1 of the local heats in Kings Lynn, round 2 of the district heats in Norfolk and knew that round 3 in Chelmsford could be the end of the road for them if they did not make it through to the last and final round.

They presented on their chosen topic of E-safety; a topic they chose at the beginning of the year. However, each round they have edited and changed their speeches in order to improve them based on feedback from the judges. Therefore this was not a case of just learning one speech and repeating it each time. The boys have learnt their speeches off by heart for each round, despite the continuing edits. This has been a consistent piece of positive feedback each round; that they have been the only students not to use notes. Not an easy thing to do when the speeches last up to 6 minutes in length!

However, all of this hard work paid off when at the end of the day (after performing in the morning and watching the seniors in the afternoon) the results were finally announced with Springwood being announced as the winners! But his wasn't the end.....as not only did they come away with the winning trophy, but they also received 2 awards; Finley Meehan for Best speaker and Harry Davidson for best vote of thanks.

The Rotary club of Kings Lynn were present at the competition and have agreed to continue to support the team through to the national finals in Exmouth on May 12th.This will be the 4th and final round where one school will become national champions.

The team are looking forward to attending a tea party with Mr Johnson, Mrs Clark, Mrs Aviss, Mr Thompson, Miss Roberts and the Rotary, where they will be commended for their hard work and dedication.

Until then.....it's practise practise, practise for the boys who have proved that they have started their time at Springwood in very a positive way; showing dedication, commitment and enthusiasm for their learning.This has brought them the success they deserve.

We are all very proud of them. 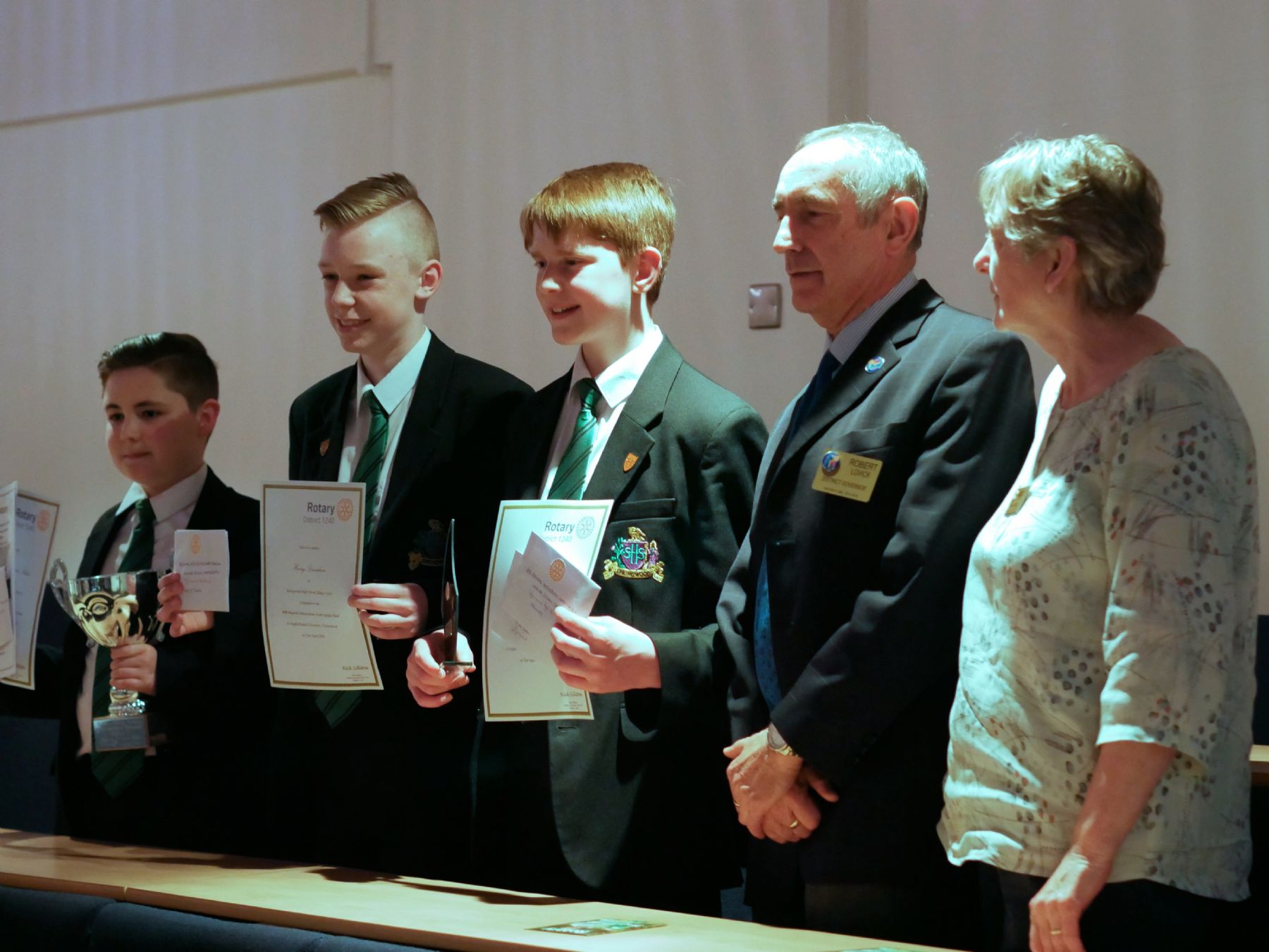