It was cup final day for spring wood year 7's as they played KES in the Plowright cup final.  Springwood were after revenge from the 3-1 defeat earlier in the season.

Both teams got off to a slow start with few chances created, but about ten minutes before the break Springwood had a free kick just outside the box.  Jacob Grimes stood over this one and curled it around the wall into the bottom right corner 1-0 to Springwood.  Springwood were going strong at the break with a 1-0 lead.

The second half began and many KES attacks later, a Springwood counter attack with the pace of Jay Russell had Springwood’s sight on another goal.  The keeper came out to collect and Jay chipped him, placing the ball in the top corner, 2-0 Springwood.  Springwood had five minutes to hold on and earned a corner.  A quality ball whipped in produced a Jack Harvey bullet header that no keeper was stopping.

Shortly after the final whistle blew and Springwood were champions, winning 3-0 to lift the trophy. 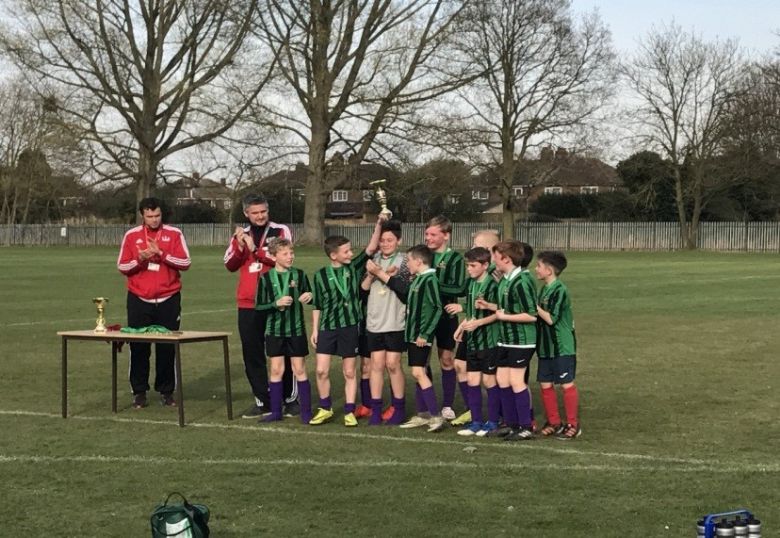