On 10 February, about 30 Gifted and Talented students from Year 11 were selected to participate in an inter-school ‘University Challenge’. 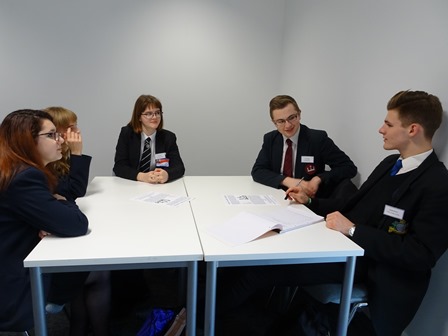 Before starting the challenges, we were shown into the COWA lecture room, and given a talk on aeroplane parts by Ben Stocks, the CEO of  PORVAIR a local company. He talked about how he got into his job, why he enjoyed it and what the parts his company make do.

The first challenge was English. We were given a collection of Cambridge English Proficiency Examination questions printed out on sheets, made by Mr Munns, and we had to answer questions to do with grammar, word selection, and gap fills.

The second challenge was Science. We were given a sheet with some information about solutions on it, 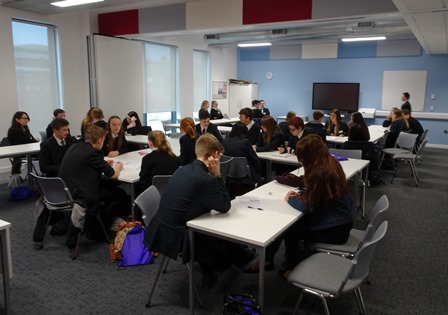 but they weren't named; they were labelled A, B, C, D and E. We were allowed 10 questions to ask Mr Thompson and the other teachers about reactions between the solutions, and we would have to work out what they were. In the end, it turned out the reaction was titration, and my team worked the names of the solutions out in 4 questions.

The third and final challenge was Maths. The teachers sat at the end of the corridor, with the questions printed and cut out individually. We had to get the question, bring it back to our team, work it out, then bring it back to Mr Levy and the other teachers to collect the next one. If it wasn't right, you had to take it back to your team to do it again, which was very time-consuming. Not many teams finished this challenge, as it was so difficult. 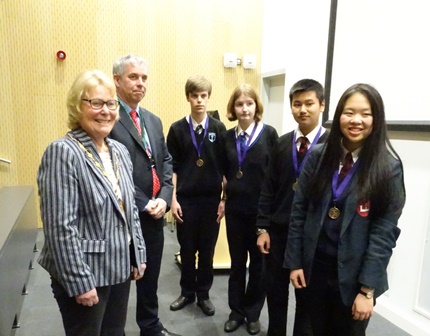 After we had finished the challenges, we went back into the lecture room to listen to another presentation: from Tim Dobbins a London lawyer who had been a student at St Clements and Springwood Sixth Form. He talked about how he achieved his goals, how he planned to achieve, and his life at the moment. Finally, medals and certificates were presented by the Deputy Mayor, Councillor Carol Bower.

Lots of Springwood students received medals; at least one Springwood student was in every team that was placed first to third. ‘Cambridge University’ won the contest; Georgie Bunting, a Springwood student, was in Cambridge. She said; “I think it was a great experience, with challenging tasks and inspiring speakers. But, most of all, it really opened your eyes to the sheer level of intelligence across the country, and made me personally want to work extra hard to get those spots at the top.”