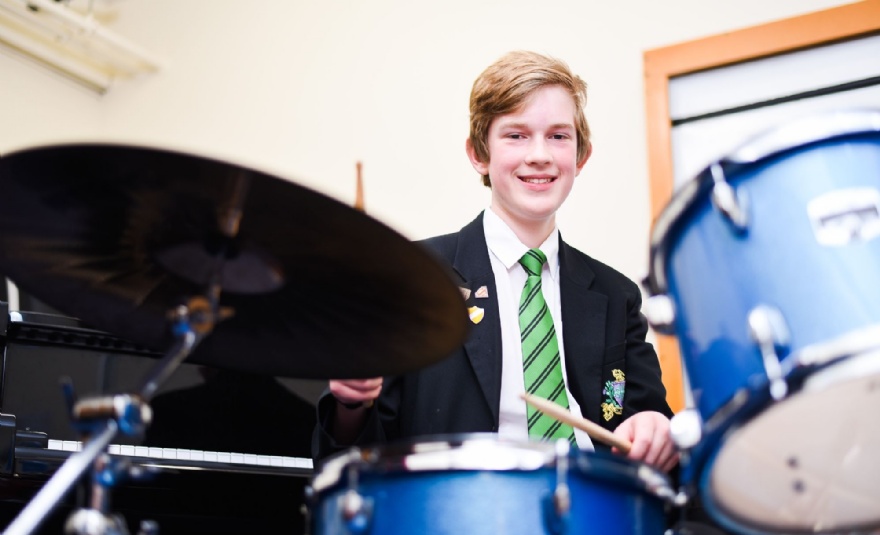 At the age of 12, our student Lewis Meehan is about to achieve an ambition many musicians can only dream of - performing at the Royal Albert Hall.

The talented young musician will be taking part in the Music for Youth Remix Proms at the iconic London venue next Wednesday (November 3).

The special event will bring young people from across the country together and include performances aimed at supporting and encouraging the rebuilding and rebooting of live music making post-lockdown.

Year 8 pupil Lewis will perform as part of a drum-line ensemble at the school proms.

He said: “I’m really looking forward to the atmosphere, playing in a grand hall where all the greats have performed.”

Robin Norman, director of music at Springwood High School and West Norfolk Academies Trust, said: “This is a huge opportunity and honour for Lewis and, as a school, we are very proud of his achievements, especially at such a young age.”

Lewis, who also plays percussion and piano, comes from a talented musical family and wanted to play drums from a very young age.

He also has an aunt who is a music teacher and his uncle plays piano and bass.

Apart from family, Lewis’ interest in music has been driven by playing and singing in groups at West Norfolk Music Centre since he was seven, as well as seeing live music at the King’s Lynn Festival and Festival Too, and meeting some inspirational drummers at Upwell Jazz Club.

He plays both drums and percussion in our school’s concert band and big band, as well as playing with Norfolk County Youth Orchestra, Norfolk Symphony Orchestra and West Norfolk Jubilee Youth Orchestra.

He has ambitions to study music and become a professional drummer and percussionist.

The chance to play at the School Proms came through his involvement with PercWorks, a free online platform which was set up in 2020 to help young percussionists and drummers aged 18 and under to enhance their music education.

Lewis takes part in weekly online drum and percussion workshops and masterclasses with the organisation.

PercWorks was invited to take part in the Music For Youth Proms, which will see up to 2,000 young people take part in a creative project lead by composer Tim Steiner.

His dad Conrad, who will be going along to watch him perform in London, said: “It’s fantastic that PercWorks have been able to give Lewis this opportunity to play at one of our finest concert venues, and it’s great that his school is so supportive of its young musicians.”