Springwood Sixth From hosted its annual debate on 31st March 2017.

The debate allowed students to ask questions to a panel of visiting politicians.  Questions were prepared in tutor time and dealt with issues including the gender-pay gap, the cost of transport to schools for young people as well as a question regarding tuition fees for university students.

The debate was organised by the sixth form team and Director of Sixth Form, Mr Pettitt, explained its purpose ' this debate is primarily designed to encouarage young people to engage in the political system. It is important for the young people to hear opposing views and to realise that the only way their grievances can be redressed is to take part in politics.'

Following the debate an election was held to see who the sixth formers of Springwood felt would best represent them.  The vote was won by Labour's Jo Rust.

The visiting panelists are pictured along with sixth form students. 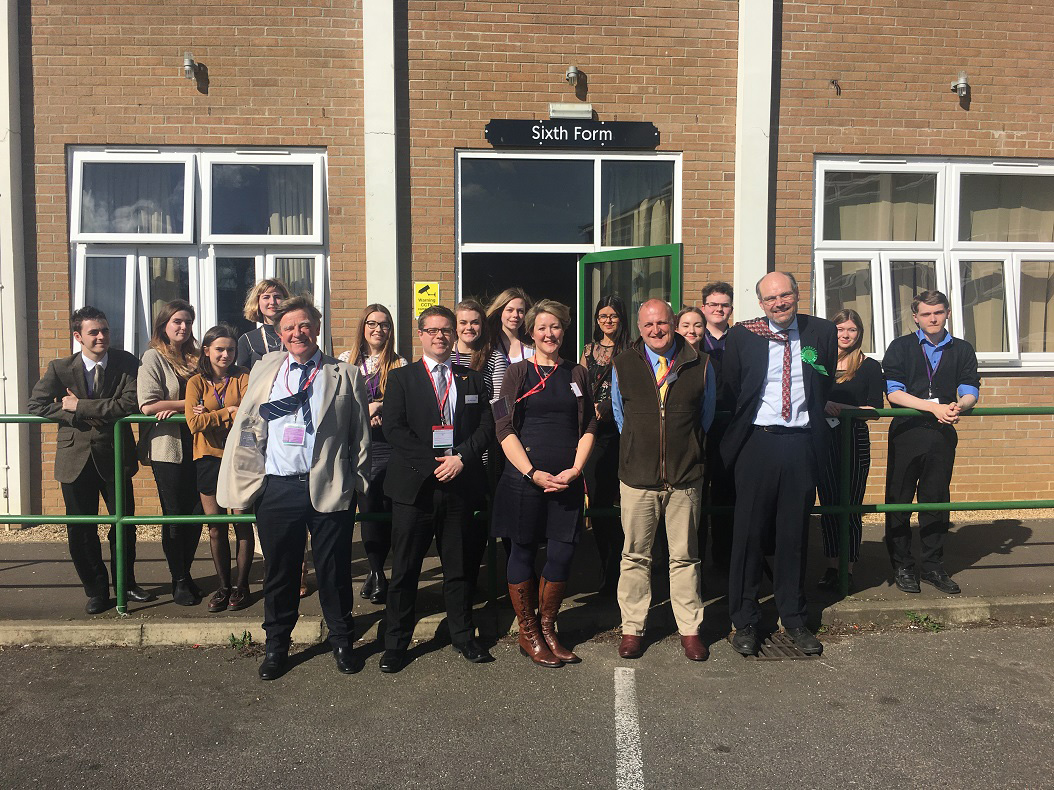