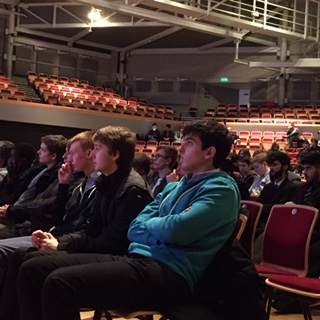 Of all the speakers two stood out as being above the rest. Dr. Matthew Leeke, head of computer science undergraduate studies at Warwick University,talked about an ex-student, who, for his 3rd year project, designed an app to reduce your heating bill. He took us through the development process leading to the ultimatum of an app that could predict your whereabouts and who you would be meeting and when.

The other, Graham Cluley, talked about his career in Antivirus Technology and how the profession has changed over the last couple of decades. However to begin his career in the profession he started off building simple computer games. He later received an offer from Dr. Solomon to create one of the first anti-viruses for windows. He spoke about several of his favourite viruses. The one that stood out was a filipino who decided to print his CV to anyone who he infected after demanding a Job. The CV contained all his contact information as well as his address so he was promptly arrested.

There were several other speakers. The second speaker of the seminar was Dr. Emma Bryde. She talked 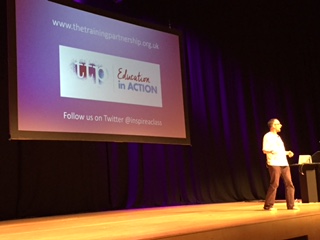 about AI and her career, with emphasis on the economy behind it. She also explained about how AI benefits the medical field through technologies such as MRI scans. 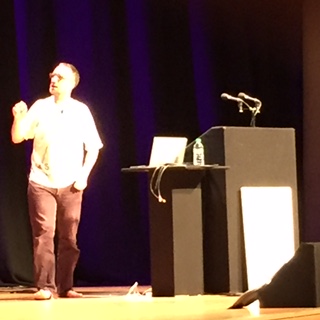 Connor McBride, who created the Epigram programming language, talked about functional programming and its uses in everyday lives. Although the language used was pascal rather than python the theory behind it was fairly understandable. He used the example of finding a word in a dictionary by using a binary search to find a word. This is represented in the pascal language using trees, branches and leafs. He built up the program demonstrating how to, using functional programming, allow for more efficient methods of code.

To conclude, the day was filled with many different aspects of computer science demonstrating the different paths that can be taken. It also demonstrated how important computer science is in our everyday lives and how the world depends on this field. The day was interesting and educational and it was a bit of a laugh.