On Friday the 18th November we were fortunate enough to take part in the EU Mock Council Debate project at Church House, Westminster. 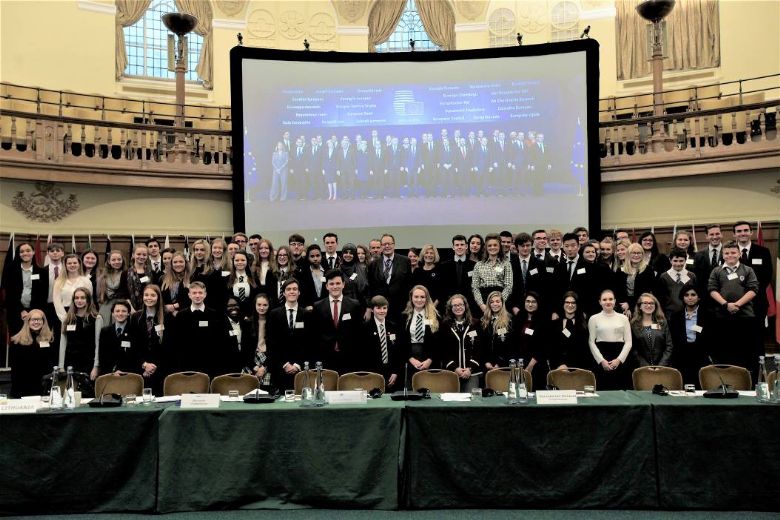 Although we represented Springwood, there were 30 other schools there participating; including one school from Northern Ireland. Each school was given an EU country to represent and ours was Slovenia.

It was a project that we had been preparing for, for a couple of months and one that required us to learn about EU policies and the decision making process that real country representatives have to go through when there is political change to be discussed.

We had to act as national leaders of Slovenia, in two different rooms; each debating a separate topic. In the afternoon, we came together in one of the rooms to reach decisions.

The event was introduced by Lord Boswell who gave us an insight into just how difficult debates are. This certainly turned out to be true.

By the end of the day, we had to have discussed and debated both of the above topics and all schools had

to reach an agreement. Many students also chose to speak in different languages, to make the experience even more authentic. For this, we had live translators, who spoke through earpieces which we had to wear. It was definitely different to a normal day at school! 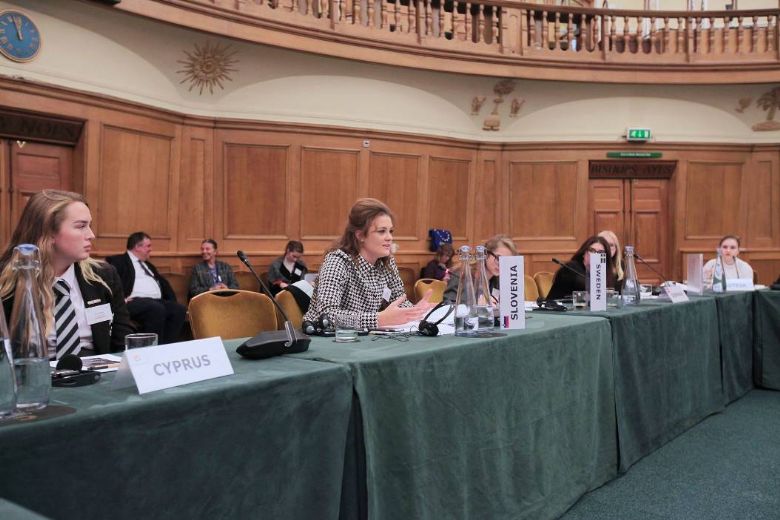 Alesha: ‘I was debating whether the Erasmus+ Program should still be available to us after we leave the EU. I struggled with this to begin with, however, the Slovenian Embassy in London were very helpful and even invited us for a meeting the day before the debate which was really beneficial. This enabled us to discuss the two debate subjects with them to understand where Slovenia stood on the topics, to ensure that our representation was authentic; which was a brilliant thing to include when we were debating the following day!’

Reece: ‘The months prior to the day were very important as we had to research the topical issue we were to discuss: mine was whether the United Kingdom should still remain part of the European Arrest Warrant, after ‘Brexit'. I felt that this topic suited me best as I would like to study law after sixth form.

After collecting lots of notes and statistics we had to develop our key points for the discussion in London, which we only had 2 minutes to share our proposals so they needed to be clear, concise and argumentative. On the day, I felt like my proposal went really well. In the afternoon we were allocated time for group discussion, where we were also expected to team up with our groups to share our ideas. This also went well, and at the end we were able to vote whether we agreed with the final outlined proposal, backed by the EU and the UK. We agreed with both of the offered deals, as did the majority of the other EU states.

This was an exciting, new challenge that has helped us gain an understanding of EU politics and improved my debating skills. We were also extremely privileged to meet the Slovenian councilor at their Embassy in London to discuss our ideas, on the day prior to the meeting. This helped us to gain a 'true' viewpoint of what Slovenia actually wants, and fortunately the councilor agreed with our ideas and proposal’.

We thoroughly enjoyed the experience of attending the mock EU commission debate. Not only did we gain many skills, such as public speaking and having to adapt and understand ideas, but it was also incredibly rewarding.

It was a privilege to be the two chosen representatives of Springwood and a unique experience we will remember.